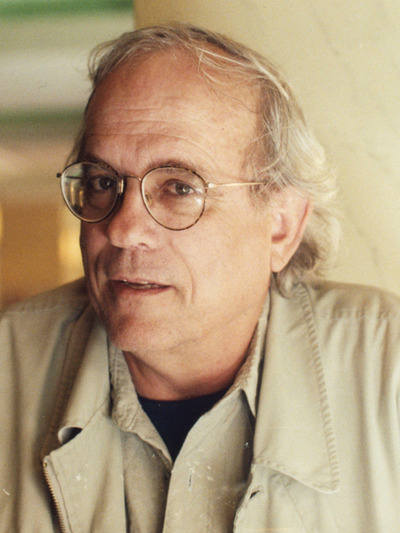 Galal Walker has been instrumental in the development of Chinese language studies in the United States since the early 1980s. His work as a teacher, department chair, program director, author, and editor has contributed to establishing the “Performed Culture” approach and a field-wide pedagogical infrastructure based in research and publication for Chinese, Japanese, and Korean. As principal investigator of the National K–12 Chinese Flagship Program (2006–11), Walker oversaw spectacular growth of Chinese language instruction in Ohio schools, with programs expanding from 8 to 117 schools and from about 500 students to over 10,500 in 2011. His Flagship program was notable in envisioning a cohesive and coherent instructional system across all levels, spanning K–12, undergraduate, graduate, and overseas programs. Walker has emphasized training Americans to the advanced levels of Chinese language and culture. Graduates of the Ohio State Chinese Program, including the Flagship Program, work in international business, finance, research, pedagogy, and government service. Walker has mentored hundreds of graduate students, authored volumes on training teachers of less commonly taught languages, championed the application of performance theory to language learning and teaching, and created innovative multimedia programs for learning Chinese from elementary to advanced levels. His exemplary works include “Chinese: Communicating in Culture” (four volumes), “Chinese Out of the Box” (for K-5 students), and “The Pedagogy of Performing Another Culture.” He is also the Executive Editor of 13 volume series entitled “Pathways to Advanced Skills,” a series focusing on research on pedagogy in the field of foreign languages, especially of East Asian languages.

Walker has participated in the leadership of national organizations and task forces, including the National Association of Self Instructional Language Programs, the National Council for the Organizations of Less Commonly Taught Languages, the Chinese Language Teachers Association, and the College Board’s Chinese Advanced Placement Language program. He is President of MidWest US-China Association, member of the Board of Visitors, Defense Foreign Language Institute, and honorary professor at Beijing Normal University, Guizhou Normal University, Wuhan University, and Sichuan University.

In 2003 he was the first US recipient of the “China Language and Culture Friendship Award,” presented by the People’s Republic of China Ministry of Education. In 2010, the People’s Government of the City of Qingdao awarded him the “Qindao Award” for his contributions to the social and economic life of the city. In 2012, Walker was awarded the Walton Lifetime Achievement Award by the Chinese Language Teachers Association (CLTA) and honored at a special session at the MLA Annual Convention in Boston (January 2013) where he became the 2012 recipient of the Association of Departments of Foreign Languages (ADFL) Award for Distinguished Service to the Profession. The ADFL award honors members of the profession who have attained a national or international reputation for distinguished service to teaching and scholarship in foreign languages.

Preparation of materials for teaching Chinese, Japanese, and Korean; emphasis on the special problems faced by English-speaking students in learning these languages.

[doc] - Some links on this page are to Microsoft .doc files requiring the use of Microsoft Word. If you need these files in a more accessible format, please contact walker.17@osu.edu.

[pdf] - Some links on this page are to Adobe .pdf files requiring the use of Adobe Reader. If you need these files in a more accessible format, please contact walker.17@osu.edu.

[ppt] - Some links on this page are to Microsoft .ppt files requiring the use of Microsoft Powerpoint. If you need these files in a more accessible format, please contact walker.17@osu.edu.